Invasive Insects In Ohio Valley Gardens And The Central U.S. 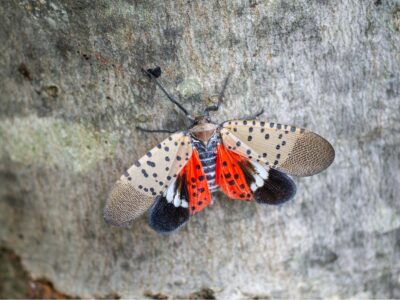 Invertebrate pests can stunt plant growth and vigor. They can damage fruit and leafy vegetables. Heavily infested plants may even die. Yet, before you can treat the problem, it’s essential to identify the bugs. If you’re battling insects in Kentucky, Indiana, Illinois, Ohio, or West Virginia, here are the pests you’re most likely to find.

The Most Common Bugs in Ohio Valley Gardens

When it comes to invertebrate pests, the Spotted Lanternfly is the latest threat. A native of China, this invasive species attacks a variety of fruit, nut, and ornamental trees. Although it may have a moth-like presence, Spotted Lanternflies are a type of leafhopper which damage plants by sucking on plant tissues.

Identified first in Pennsylvania in 2014, sightings of these insects in Indiana, Ohio, and West Virginia have been confirmed. It’s believed this invasive pest will continue to spread within the Ohio Valley region, which has the potential to host a large population.

Identifying the various stages of Spotted Lanternflies is not difficult. The adult are approximately 1 inch (2.5 cm.) long and have red hindwings with black spots. When resting, the forewings are usually folded over the hindwinds, but a reddish tint may be somewhat visible through the translucent gray spotted forewings. The tips of the forewings have fine black stripes.

Adults congregate in large numbers from August through October, when mating occurs. Eggs are laid in October and look like a patch of mud on smooth surfaces. The egg masses can be found on firewood, vehicles and other movable items. This facilitates the spread of Spotted Lanternflies into new areas.

The eggs overwinter and hatch in the spring. All nymphs stages have white spots which occur on the insect’s back and legs. Early stages are black, but older nymphs have red highlights on their dorsal side. When spotting these bugs in Illinois, Indiana, Ohio, Kentucky and West Virginia, destroyed all stages to prevent further spread.

Printer Friendly Version
Read more about Central Ohio Valley
<Previous
Did you find this helpful? Share it with your friends!
FacebookTweetPinEmail
Related Articles
Newest Articles
You might also like…
Additional Help & Information