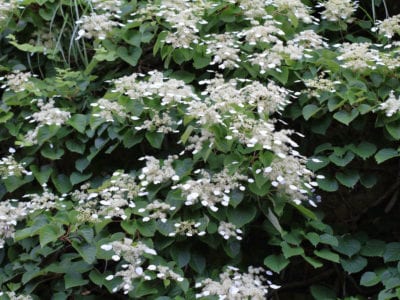 Are you looking for the perfect Ohio Valley vines to complete your cottage garden? Do you have space to fill around the mailbox or lamppost at your home in the central U.S. region? Vine growing is an old-fashioned gardening secret for adding vertical color and foliage accents to the landscape. If you live in this region, check out these vines.

Growing Vines in Central U.S. States and the Ohio Valley

Too often vines are overlooked and underused in modern landscaping designs. Yet, these simple plants can add the finishing touch to a pagoda or gazebo. Flowering vines can bring a splash of color to a drab wall or fence. Leafy vines bring a dignified look to older architecture. Additionally, dense matting vines can be used as a weed stopping groundcover.

When selecting a vine for climbing, the key is to match the vine’s climbing ability with the type of vertical surface provided. Some vines have tendrils which are leafless stems that grab vertical supports like a set of arms. These vines do best on trellises made of wire, wood slats, or metal poles.

Twining vines grow in a spiral and wind themselves around upright supports. These vines also do well on trellises made of wire, wood slats, or metal poles but they can also be used on larger structures like pagodas.

Climbing vines are ideal for clinging directly to masonry or brick walls. They have adaptive root like growths which dig into the surface of these walls. For this reason, it’s not advisable to use climbing vines on wooden structures or frame buildings. Climbing vines can damage these surfaces and cause them to rot.

Growing vining plants is not very different than other types of flora. Start by choosing central U.S. region or Ohio valley vines which are hardy in your area. Match the vine’s sunlight, soil, and moisture requirements with the location in the garden.

Printer Friendly Version
Read more about Central Ohio Valley
<PreviousNext>
Did you find this helpful? Share it with your friends!
FacebookTweetPinEmail
Related Articles
Newest Articles
You might also like…
Additional Help & Information