Dark Side Of Nature – Sinister Plants To Avoid In The Garden 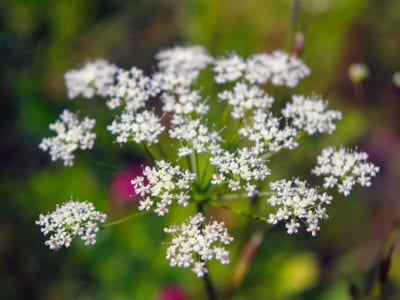 Some plant’s potential to harm us has featured prominently in film and literature, as well as history. Plant poison is the stuff of “who dunnits” and scary flora are found in such plots as Little Shop of Horrors. You don’t have to possess an Audrey II to find yourself faced with sinister plants though.

Some of our most common plants could show us the dark side of nature if we don’t approach them with caution.

The Dark Side of Nature

Poisonous plants have a well-established place in history, both for their potential to harm, but also occasionally for their ability to heal. A little bit of some plants can actually be a boon, but you must approach with caution, as these dangerous garden denizens can also kill you. Such knowledge is best left to a professional, but you can still enjoy them in the garden and nature, just with an excess of prudence. Learn what plants to avoid to keep your family safe and still enjoy all nature has to offer.

Famous novels and movies often include the use of a plant toxin in the commission of a murder. The ability to inflict harm or even death is a common thread in mysteries and a historical saga that comes up in modern crime occasionally. Take the case of Georgi Markov who died from ricin. The toxin comes from the rather pretty castor bean plant and causes an excruciating death within days.

Other classic plant poisons are cyanide, oleander, belladonna, nightshade, hemlock, and strychnine. These can all kill, but sinister plants don’t have to be deadly to harm. Take asparagus, for example. Just a few berries can cause nausea and pain, a fate worth avoiding.

Even the foods that we eat can contain toxic compounds. These were likely developed by plants to deter insects or browsing animals. Tomatoes, eggplants, and peppers are all in the nightshade family, a very toxic and sometimes deadly group of poisonous edibles.

Cyanide can kill but, in small doses, it just makes us sick. Common plants that contain cyanide include:

Less scary but no less dangerous are plants with oxalic acid, such as spinach and rhubarb. The acid can cause kidney disorders, convulsions, and in acute situations, coma.

A famous garden with deadly plants is the Alnwick Garden in England. It is filled with plants that can kill and must be viewed with a staff member or through the great iron gates. Every plant in the beautiful garden has high doses of poison. Yet, it is a lovely garden and one where many of our commonly grown perennials and bushes reside.

Common laurel hedges mingle with more dangerous plants such as angel’s trumpets, foxglove, and lily of the valley.

Landscape plants that we are familiar with can harm too. Calla lily, azalea, mountain laurel, larkspur, morning glory, privet, and boxwood are found in many yards and can cause harm. The key is to know what plants to avoid and, if you don’t, do not touch, smell, or eat anything with which you are unfamiliar.