When To Pick A Cucumber & How To Prevent Yellow Cucumbers 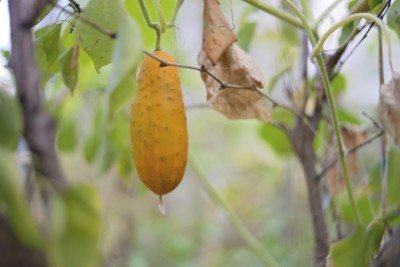 Cucumbers are tender, warm-season vegetables that thrive when given proper care. Cucumber plants have shallow roots and require frequent watering throughout the growing season. They are also fast growers, so frequent cucumber harvesting is important in order to prevent getting a yellow cucumber. Let’s look at how to know when a cucumber is ripe and, on a related note, why are my cucumbers turning yellow?

How to Know When a Cucumber is Ripe

Cucumber harvesting isn’t an exact science. However, cucumbers are generally ripe and ready for harvest anywhere from 50 to 70 days after planting. A cucumber is normally considered ripe when it is bright medium to dark green and firm.

You should avoid cucumber harvesting when cucumbers are yellow, puffy, have sunken areas, or wrinkled tips. These are well beyond being ripe and should be discarded promptly.

When to Pick a Cucumber

Many cucumbers are eaten when immature. You can pick cucumbers at anytime before they become too seedy or seeds become hard. Thin cucumbers will generally have less seeds than those that are thicker, therefore, you may want to choose smaller ones rather than allowing them to remain on the vine. In fact, most cucumbers are routinely picked by size, between 2 and 8 inches (5-20 cm.) long.

The best size for when to pick a cucumber usually depends on their use and variety. For instance, cucumbers that are cultivated for pickles are much smaller than those used for slicing. Since cucumbers grow quickly, they should be picked at least every other day.

Why are My Cucumbers Turning Yellow?

A yellow cucumber can also be the result of a virus, too much water, or a nutrient imbalance. In some instances, yellow cucumbers are derived from planting a yellow-fleshed cultivar, such as the lemon cucumber, which is a small, lemon-shaped, pale yellow variety.