Veggies For Rainy Seasons: Tips On Growing Food Plants In The Tropics 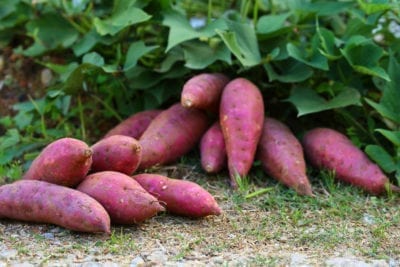 High temperatures and humidity can either work magic on vegetables cultivated in the tropics or create problems with diseases and pests. It all depends on the type of crops grown; there are some more adaptable veggies for rainy seasons that should be considered. Some specific crop planting in rainy seasons may need the assistance of plastic row covers and pesticides or plant varieties of veggies that are suited to the humid, wet climate.

Veggies typically grown in the United States, such as lettuce and tomatoes, are less than suitable for growing food plants in the tropics. Lettuce, for example, dislikes the heat and will bolt almost immediately.

Vegetable Gardening in the Tropics

Insects, both good and bad, are to be had in every garden in every area of the globe. Tropical insects tend to be rather plentiful and as such may become a plague to the garden. Better soil equals healthier plants, which are less susceptible to insects or diseases. If you plant crops that are not suitable veggies for the rainy season, they tend to stress and when they stress, they emit substances that bugs can sense, which in turn attracts the insects.

So the key to growing healthy food plants in the tropics are to amend the soil with organic compost and to plant traditional vegetables that are cultivated in the tropics. Sustainable vegetable gardening is the name of the game and working with the natural temperatures and humidity of a tropical climate rather than against it.

Vegetables Cultivated in the Tropics

Tomatoes will grow in the tropics, but plant them during the winter or dry season, not the rainy season. Choose a heat tolerant variety and/or cherry tomatoes, which are hardier than larger varieties. Don’t bother with traditional lettuce varieties, but Asian greens and Chinese cabbage do well. Some tropical veggies grow so rapidly during the rainy season;, it’s hard to keep them from overtaking the garden. Sweet potatoes adore the wet season as do kang kong, amaranth (like spinach) and salad mallow.

Other rainy season veggies include:

When gardening in the tropics, just remember that the conventional veggies grown in Europe or North America don’t cut it here. Experiment with different varieties and use veggies that are climatically adapted. You may not get all your favorite veggies from home to grow, but you will undoubtedly add to your repertoire and expand your cooking to exotic tropical cuisines.