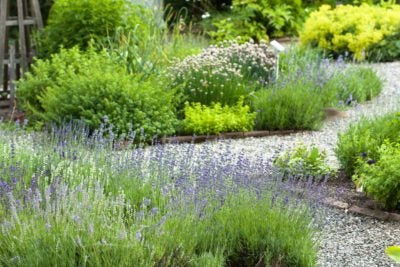 Avid cooks and amateur naturopaths living in zone 6, rejoice! There are plenty of herb choices for zone 6 herb gardens. There are some hardy zone 6 herbs that can be grown outdoors and other more tender herbs can be brought indoors when the weather begins to chill. In the following article, we’ll discuss what herbs grow in zone 6 and information about growing herbs in zone 6.

Many herbs, by nature, are naturally hardy, especially the perennial varieties that reliably return year after year. Others are far more tender and can’t really be attempted unless you’re living in zone 8 or above – or you grow them indoors. If you love a certain herb that you want to cultivate but it isn’t suited to your zone 6 climate, you can grow the herb in a pot and then bring it indoors for the winter.

Herbs like aloe vera do very well when grown inside like a houseplant, as does bay laurel, which can be grown as a patio plant and then brought indoors.

You can also treat herbs like an annual and just replant them every year. Basil is an example of this. It can be grown as a perennial in zone 10 and above but for everyone else, treat it like an annual. You can also try protecting it from chilly winter temps. If you plan to leave a tender herb outside, plant it in a protected area such as a space between two buildings or between a building and a solid fence. Mulch it well in the fall and cross your fingers.

What Herbs Grow in Zone 6?

The following is a list of plants for zone 6 herb gardens.

Printer Friendly Version
Read more about Zone 6
<PreviousNext>
Did you find this helpful? Share it with your friends!
FacebookTweetPinEmail
Related Articles
Newest Articles
You might also like…
Additional Help & Information