Plants Goats Can’t Eat – Are Any Plants Poisonous To Goats 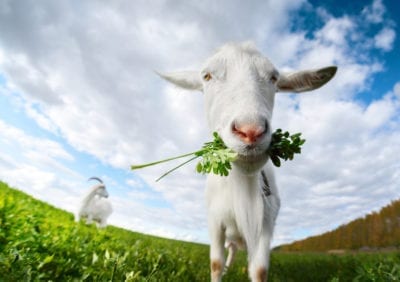 Goats have the reputation of being able to stomach almost anything; in fact, they’re commonly used for weed control in landscapes, but are there any plants poisonous to goats? The truth is there are quite a number of plants goats can’t eat. It’s important to learn to recognize plants that are toxic to goats and how to address the symptoms. Read on to learn about poisonous plants for goats to avoid.

Are Any Plants Poisonous to Goats?

There are more than 700 species of plants in the United States that have been recognized as causing toxicity in ruminants. Plants dangerous to goats are more likely to be ingested when the animals are near starvation and eat plants they normally would avoid, however, that isn’t the only time a goat will feed on toxic plant life.

Goats are often used in the clearing of woodlands and wetlands, thus exposing them to casual ingestion of plants that are toxic to goats. Sometimes hay contains dried toxic weeds which can poison a goat. Poisonous plants for goats may also be eaten when they are allowed to feed on landscape or garden plants.

There are few plants goats can’t eat; the more important consideration is those they shouldn’t eat. Not every poisonous plant is deadly, as many have various levels of toxicity causing different effects. Some can be immediate while others may be cumulative and build up in the body over time. The type of poisonous plant and the amount the animal has ingested will determine the level of toxicity.

Plants toxic to goats that should be avoided include:

Additional plants dangerous to goats that are not likely to cause a severe reaction but may make the animal uncomfortable include: